Got a vendor? Pimp it here.

I wanted to pass along to you guys my experience with Babbitts Online Parts. Kendo, knows ALL about it!

Babbitts can be found at http://www.babbittsonline.com/

It started off pretty good. I'd been getting ready to buy a new radiator that got munched on the Miyagi trip. I'd checked out ebay, but decided that I wanted a new radiator, versus a used one. World Of Powersports charged $330 for new OEM and Babbitts charged $270 for the same OEM. Didn't have to twist my arm.

I ordered the radiator, and requested 2 day shipping. Unfortunately, Babbitts doesn't tell you, that they ship the part from Polaris to Babbitts and then repackage and ship to you. I'm assuming they get large orders from Polaris everyday, so they have to break apart the shipment and figure out what goes where. So, after a week, I received my shipping info and it arrived 2 days later.

I brought it over in the box to Kendo's to reassemble Lori's 800. When we took the radiator out of the box....I was SHOCKED to see how the radiator was packaged!

This is how the radiator and rubber mounts were packaged. 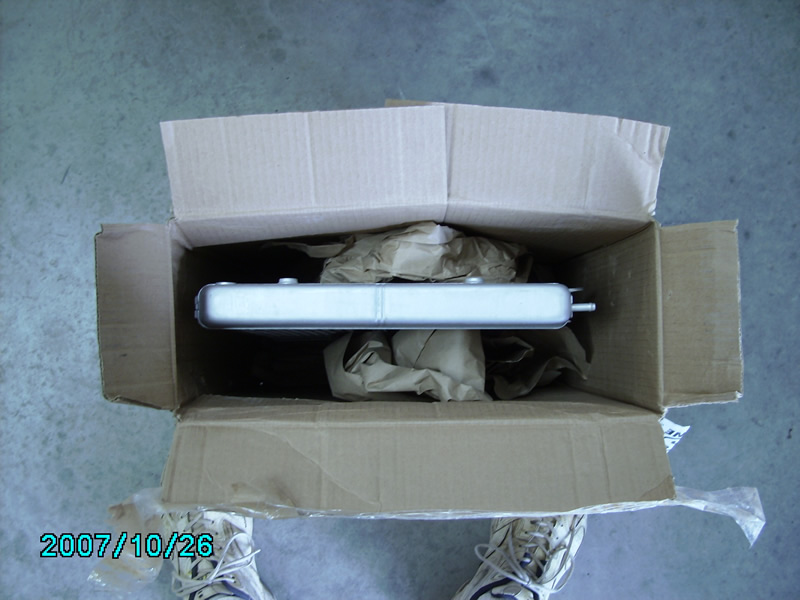 Here are ALL of the packing materials used....3 pieces of brown paper! 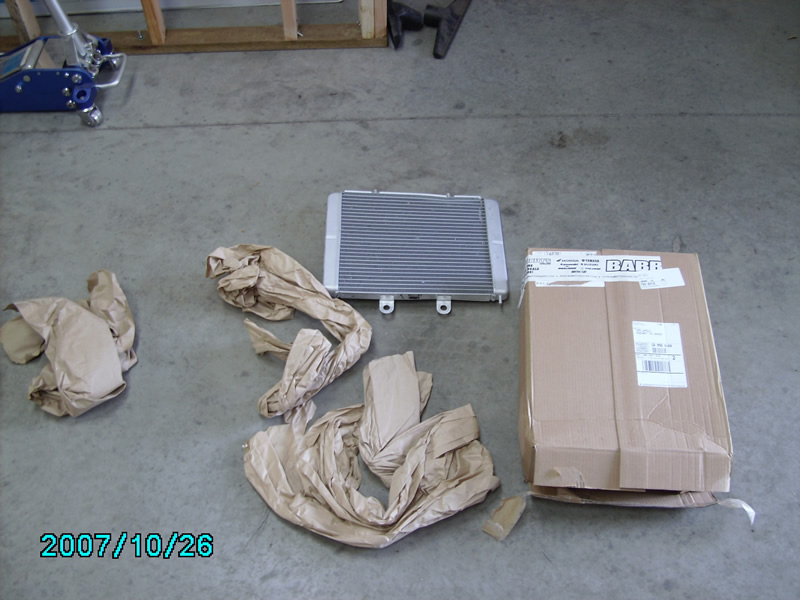 What a joke. Radiators are extremely fragile! This is how they packed it?

Well...we placed it on the ground....and were blown away at how it was ruined. 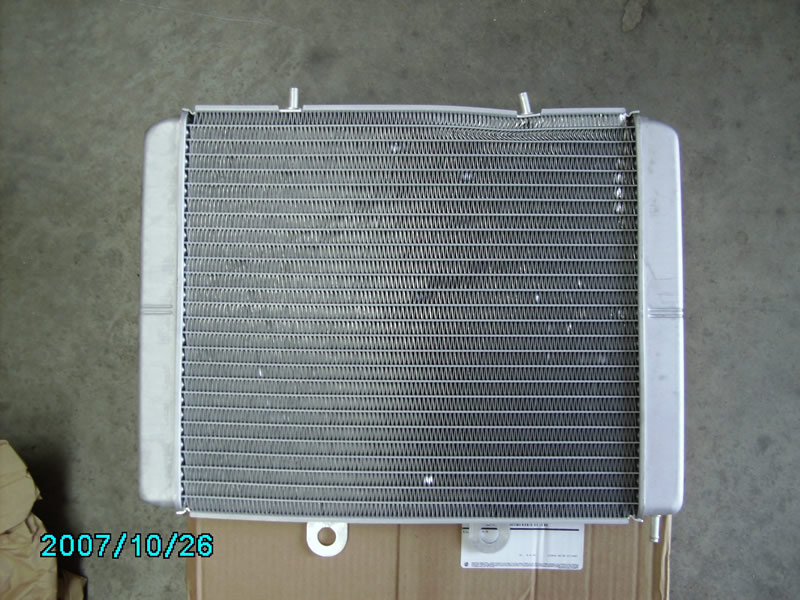 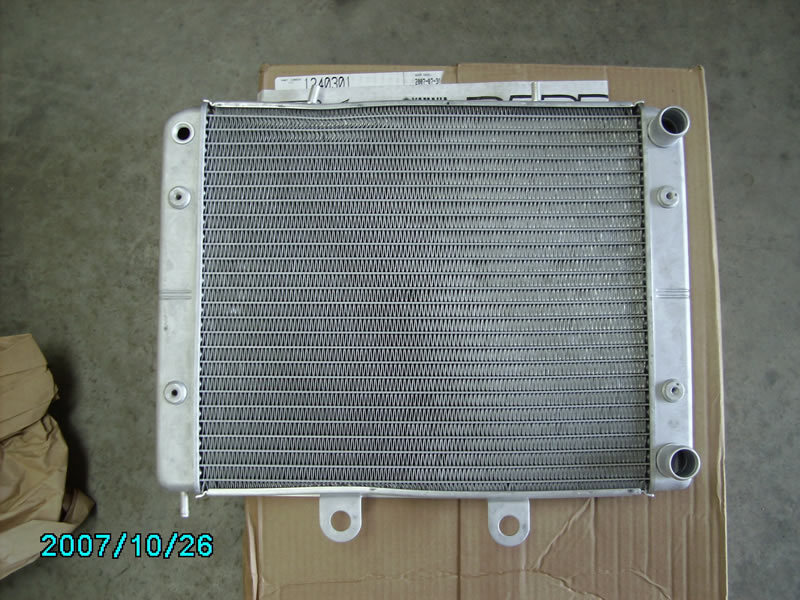 Here's a close up 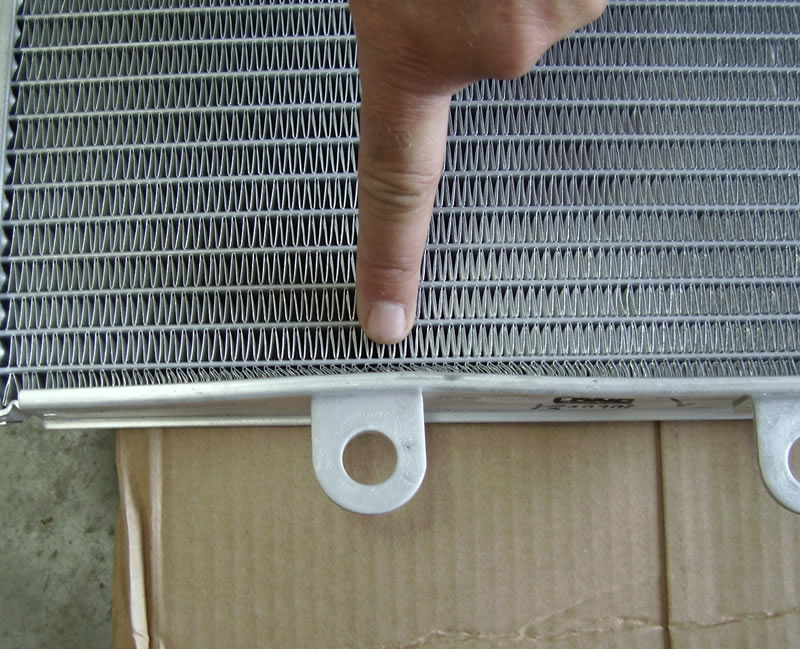 Here's a close up of the bent post...There are 3 rows of fins that are munched. 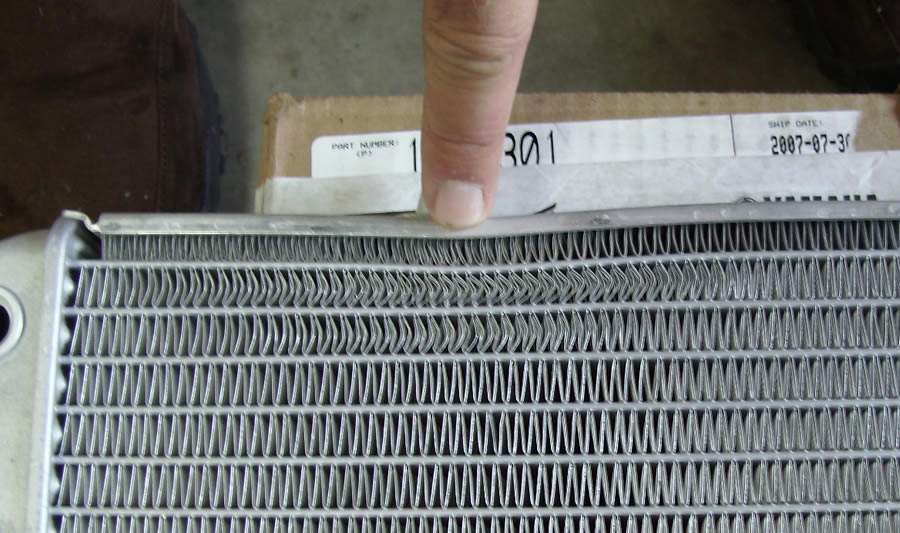 On the front page of the Babbitts site it says:


Over the last 41 Years, Babbitt's Sports Center has built a rock solid reputation within the Motor Sports Industry Nationwide. This was based on delivering the best Customer Experience before and after the sale, along with some of the most competitive pricing in the country.

I called Babbitts immediately and notified them of the problem. The person on the phone told me I had to file a claim with UPS. Uh...ok. So I called UPS, and they said they would take care of it. This was Friday, and they picked up on Monday.

I called back, and asked to talk to a Supervisor. I got Jordan on the phone. I explained who I was (not that it mattered) and that I would be letting you all know the results of this experience. He gave me his email, said they would order one from Polaris right away.

I sent Jordan the photos you see above, and explained that if they sent 100 radiators like this....95 would be damaged. Jordan never emailed back "Thanks", "we'll look into it", or anything.

2 weeks later, Kendo and I are set to install the radiator. UPS is coming and we're ready to order pizza. The UPS driver arrives....so I decide to open it up in front of him, after I explained this was a replacement. To my shock....the 2nd radiator was packed even WORSE! This one, was wrapped in the same brown paper, with 1 piece smushed on top (which is the side of the radiator). When I extracted it, of course it was damaged. Not as bad as the first, but when you're paying $300 for something...I don't know about you, but I want NO DAMAGE! Babbitts never fixed the problem, inspected it or nothing.

I called back the next day....and told them I refused the 2nd radiator. They send they would refund me as soon as they received the return shipment.

On 11/13, at 9am it was received at Babbitts. Here we are, 11/15 and no one had called, emailed or anything. So I called them again today, and this time I talked to Shayne, who said he was Jordan's manager. I re-explained to Shayne the whole story and he said that most likely, the shipment was sent by Polaris just exactly that way, and all they did was re-wrap their tape on the box. I said I can't believe I'm the only customer you have that is having this problem. He said they had 2 others this month. I said...that's a problem. You should match up the shipments from Polaris and when it's a radiator...I recommend you check it.

That does suck, a person would have to be nuts to wad up paper and stuff it on the core like that. I sent them an e mail with the vin number to see if they could tell me the build date on mine. There are a couple of parts that have a build date issue with. It has only been a couple of days on my e mail, but it looks like I might spend a little more and buy from the place in Ohio.

Thanks for the heads up.

I don't know Ken, but it sounds like the root cause is over at Polaris. It would make no sense for Babbitts to open up the box, take out the perfectly good packing material, and replace it with crappy stuff. What would they do with it? Use it as a poor man's hemroid cushion?

Re-taping and re-labeling the box from Polaris is probably all they are doing, as Shayne told you.

Then again, you were spot-on correct that if Babbbitts had already observed 2 incidents of this in the last month, they should be:

1) Doing a 100% inspection of everything inbound from Polaris.
2) Riding the Polaris QA Manager's arse, hard, until he solved that problem. Pissed off customers are a bad, bad thing.

Yup, sounds like a quality control problem to me. I just happen to know of a company that might be able to help one or the other or both of them. Maybe I'll ask the sales guys to do a little cold calling. If that succeeds, maybe I'll ship you a new radiator, no charge.

Well...they finally REALLY made sure it got here. It arrived last night, in a much bigger box.

Here's all the packing materials....a little overkill, but it arrived! 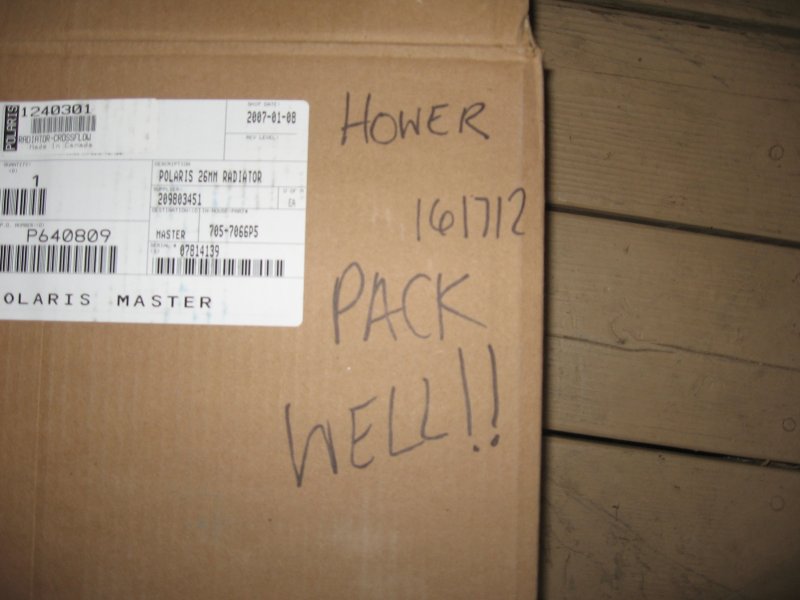 And the packing materials....I think that's enough. 2 boxes and a ton of "stuff" 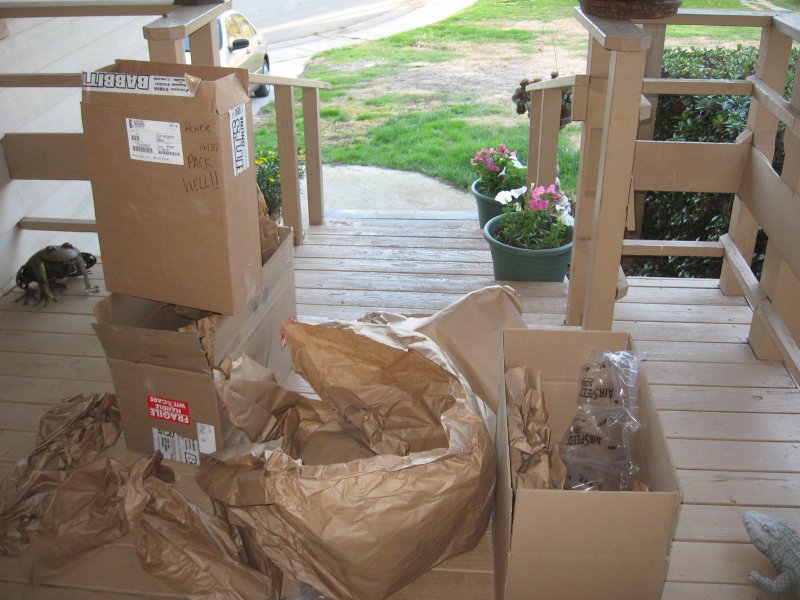 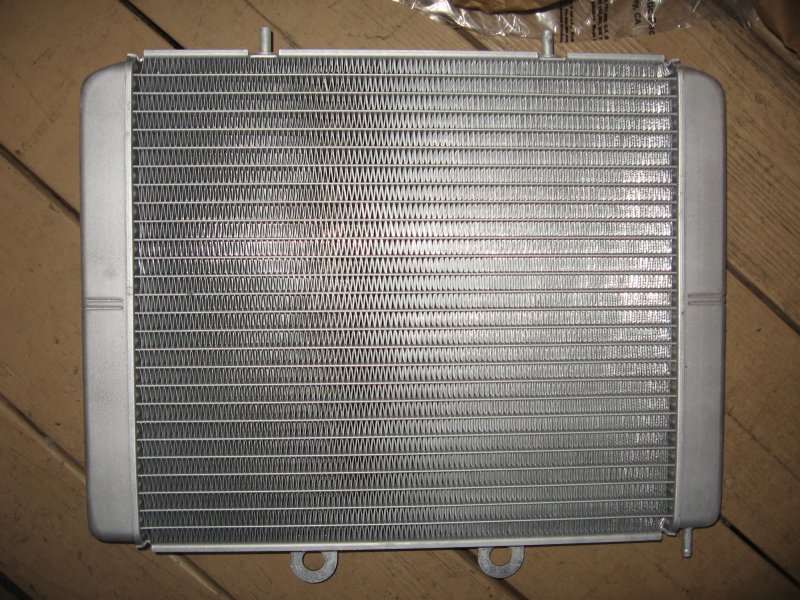 I noticed Babbits has a ton of domains. Maybe they've improved.

www.yamahapartshouse.com
The last words spoken before a YouTube video is filmed: "Hold my beer, now watch this..."

I think they have even more websites than what you posted. I Googled "Polaris Parts" and the 3 top paid advertisers all went back to Babbitts under different names.
Larry (ATV Ansel)

Almost like spam...
The last words spoken before a YouTube video is filmed: "Hold my beer, now watch this..."

ive used babbitts 2-3 times with no issue but never ordered anything that could be damaged easily.

They did at least take care of it in the end, but what a headache.
09 can-am renegade

Mr. Green wrote:ive used babbitts 2-3 times with no issue but never ordered anything that could be damaged easily.

They did at least take care of it in the end, but what a headache.

Yeah...I was honest and posted the whole experience front to finish. They DID ultimately ship a good radiator....so I give them credit for follow through....but boy was in it frustrating...especially when the second radiator showed up smashed.
The last words spoken before a YouTube video is filmed: "Hold my beer, now watch this..."

Users browsing this forum: No registered users and 0 guests